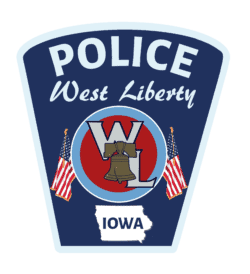 The West Liberty Police Department is a full-service Community Oriented Police Department consisting of six (6) full-time officers, several Part-time and Reserve Officers. It is a growing and vibrant community of approximately 4,000 residents located in Eastern Iowa approximately 15 miles from Iowa City in Muscatine County. Many officers from neighboring communities live in West Liberty due to the low crime rate and exceptional school system.

West Liberty Police Department Mission Statement: “To faithfully, impartially and consistently serve and protect the citizens of West Liberty while upholding the highest standard of integrity. To embrace the diversity of our community and work in unison with our citizens to make the City of West Liberty a safe and desirable place to live, work and visit” 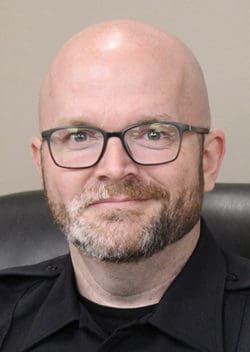 Eric Werling started as police chief of West Liberty in the summer of 2021. Before that he served as the School Security Officer and Crisis Response Supervisor for the Cedar Rapids Community School District. He is a firearms instructor, former SWAT member, and founded the 501c3 non-profit “The Superhero Initiative.”