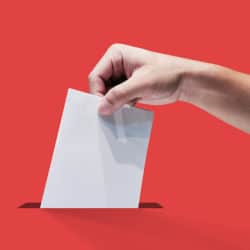 On Tuesday, Nov. 2, 2021, the City of West Liberty will be holding an election in order to fill two of its five council seats as well as the position of mayor, specifically the seats of David Smith and Robert Rock as well as that of Mayor Robert Hartman.

Residents interested in running for any of these positions must be citizens of West Liberty, Iowa, at least 18 years of age, and will be asked to collect 25 signatures from community members that reside within city limits. Nomination Petitions and additional forms are available at city hall, temporarily located in the WeLead building located at 119 E 3rd St.

In order to be on the ballot, nomination papers must be filed with the county auditor between Monday, Aug. 23, 2021 and Thursday, Sept. 16, 2021. To begin the process please fill out THIS FORM and bring it to city hall.

To learn more please read the City Candidate Guide, as well as additional information from the Iowa Secretary of State Paul D. Pate by visiting the Official State Website. The City of West Liberty encourages all of its citizens that wish to get involved with our local government to run for city council and mayor.